KARACHI***KWSBNEWS***Dated:-16-05-2022***Water board declares emergency before monsoon rains *** Chief Engineer Sewerage Aftab Alam Chandio Focal Person Rain Emergency Named *** Orders issued to cancel holidays of all officers and employees on the occasion of monsoon rains *** All drains should be cleaned before rains. Vice Chairman Water Board *** All machinery should be kept ready at all times. Vice Chairman Water Board *** Officers issued orders to be ready including staff and machinery. MD Water Board *** No negligence will be tolerated in the drainage process. Vice Chairman Water Board *** To provide better facilities to the citizens in collaboration with other concerned agencies. Syed Najmi Alam En EASE OF DOING BUSINESS REFORMS GETTING CONSTRUCTION PERMITS (KARACHI) REGARDING DOUBLE-STOREY WAREHOUSES. for more details Click Here **** 01-11-2021...CANCELLATION OF TENDER The Tender notice No. KW&SB/DPR/2021/38, for the work of "Potable water supply through Tnders to District Keamari from Mianwali Pumping Station Hydrat through tanker service District Keamari which was publish in the Daily Newspapers The same has been cancelled due to unavoidable circumstances, the same will be re-published through press. S.E Hydrant Cell Issued by: - S.E HYDRANT CELL Public Relations Officer** 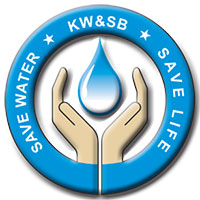 Water is the critical resource for humanity. No life can exist without water. In the Holy Quran, Allah says, “We made from water every living thing.” Water is essential not only for the survival of human beings but also for animals, plants and other living beings. It is a fixed quantity on this planet, as the Quran says: “And We send down water from the sky according to (due) measure and We cause it to soak in the soil; and We certainly are able to drain it off (with ease).” The Quran strongly discourages the waste of any resource, including water.

Water conservation is embedded in Islam: it is quite common to find both in the Quran and the Sunnah statements and teachings defining a correct use of water. Since religion still exerts a very big influence on society and because water plays an extremely pivotal role within Islam, awareness campaigns and water conservation programmes based on religious principles have proved very useful, beneficial and cost effective in
different areas of the Muslim world. Islamic communication channels have often been used to campaign for the conservation of water resources. Imams have been trained to convey messages of water conservation while delivering special sermons during the Friday prayer. Different institutions issued awareness material with words or expressions employing or recalling Islamic or Quranic terminology. Public awareness campaigns, when enriched with Islamic principles, can be a powerful tool to be employed along with other water conservation policies. KEYWORDS: Islam, Public Awareness, Quran, Water.

There is not a monolithic perception of water in Islam. The vision Muslims have of water has been influenced by different factors and several conditions throughout time and space. In the following paragraphs we tried to analyze the relation between water and Islam by providing some examples. Water in the Quran It is evident from numerous verses in the Quran that water is a major theme in Islamic cosmogony and iconography as well as a recurrent topic in liturgy and daily life. One of the most famous verses pertaining to water is taken from the Sura of the Prophets and it states “We made from water every living thing” (21:30). But this is not the only Ayah (verse) where the word Ma’ (water) appears since it occurs more than sixty times in the Quran. Several other words related to the semantics of water and hydrology, such as rivers, sea, fountains, springs, rain, hail, clouds
and winds, are also frequent (Abdel Haleem, 1989). The theme of water in the Quran is dealt both on a symbolic and on a practical level. Many verses are about creation since by divine intervention everything originated from water (Sura of Salvation 25,54; Sura of Light 24,45). Not only mankind, animals, plants and flowers need water as the basis for life but also to assure its continuation. Water is thus described as a gift by God so that humanity can benefit from it. This gift is the proof of the existence and uniqueness of Allah as stated in the Sura of the Ant: “Or, Who has created the heavens and the earth, and Who sends you down water from the sky? Yea, with it We cause to grow well-planted orchards full of beauty of delight: it is not in your power to cause the growth of the trees in them. Can there be another god besides Allah?” (27, 60). Water is also a symbol of resurrection since paradise is always described as a place with rivers flowing and florid vegetation (Sura of the Bee 16, 30-31). Another aspect associated to water in the Quran is its purifying power. Several verses focus on the subject of purification and personal cleanliness like the following: “It is He who sends down water upon you from the sky with which to purify you” (Sura of Booty 8,11). Ablutions are a duty to be performed accurately before ritual prayers in order to reach a state of purity. The Quran describes in detail the procedure to be followed when performing them. “Believers, when you prepare for prayer wash your face and your hands up to the elbows, and wipe your heads and wash your feet up to the ankles” (Sura of the Table 5,6). The way to perform ablution is not the only practical teaching related to water in the Quran since we find other verses pertaining to water distribution or condemning wastefulness. References to water in the most sacred book for Muslims are also very material and linked to every day life: water is sent by God so that men can drink it or grow
agricultural products. God also created seas and rivers so that they could be used by men for transportation. (Haddad, 2001)

Water in the Sunnah

Other teachings linked to water can be found in the Sunnah (Statements or practices undertaken or approved by the Prophet considered as legally binding precedents). A very famous hadith (statement by the Prophet Muhammad) says that: “Men are co-owners in three things: water, fire and pastures”. Other hadiths relate on who has the priority over water or whether water can be sold or if it should be considered a public good. Some statements even relate the quantity of water one is allowed to take for drinking or irrigation. Other sayings by the Prophet prohibit excess of use of water sources even when in presence of an abundant flow.
There are also hadiths which prove to be actual measures for preservation of water by prohibiting to defecate or urinate in the proximity of water sources thus to avoid pollution and spreading of diseases. This is probably the origin of the concept of harim, that is the buffer zone around a water source where human activities are prohibited in order to avoid corruption of this water body. The concept of harim is diffused in the entire Muslim world. Some hadiths focus on ablutions either by stressing their importance or by reporting how the Prophet himself performed them thus setting an example for his followers (Al-Husseini Al Sheikh, 1996). Other Quranic verses or accounts by the life of the Prophet are still followed nowadays as practical examples pertaining sanitation, water management and distribution.

Some tips for water conservation

LIST OF ACT. ORDINANCE AND RULES IN FORCE IN KWSB